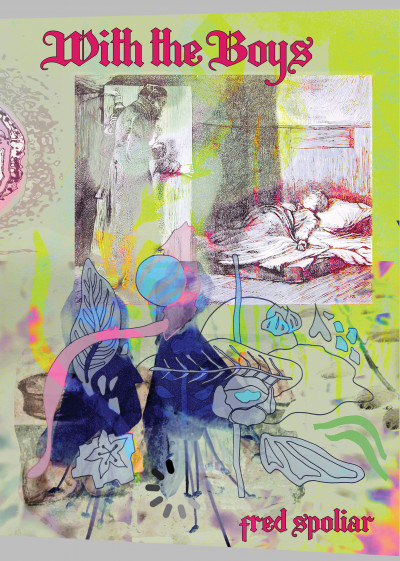 SPAM began as a hybrid experiment: watch pop culture and ~high theory make love on the internet. Combining the cringe detritus of daily life within Web 2.0 and a vigorous commitment to conceptualism, lyric, traditional and concrete forms, SPAM is an ambitious publisher of poetry and poetics. We also operate as a literary journal (SPAM Plaza) for criticism and reviews (focusing predominantly on small press, DIY and independent publications), a podcast (URL Sonata), magazine and community platform. While officially located in London, we also bring a distinctly Scottish flavour to the UK radical poetics scene, but always already zooming outwards through highways of digital nativity.

To date, we have published over 50 zines, pamphlets, anthologies and hybrid literary experiments, as well as four issues of our online magazine. We run events regularly in cities such as London, Glasgow and Edinburgh, and have also hosted workshops for institutions such as the University of Nottingham, Stay at Home Literary Fringe Festival and Glasgow Zine Library. We've collaborated with Psí víno in Prague and Queltehue Ediciones in Santiago, Chile to bring post-internet poetry in translation to a wider audience. We have regular open call submissions for both creative and critical writing, and our most recent project, Archive Fever, offers a permanent venue for retrospective essays, reviews and pieces responding to poetry's long existence on the internet and its techno-social entanglements since the advent of the World Wide Web. Archive Fever aims to recover, curate and showcase work which might otherwise be lost in the permanent flux, death and re-emergence of online spaces, communities and poets' responses to them.